XPeng Inc XPEV has diversified its battery suppliers and does not count industry giant CATL as its primary supplier, said Brian Gu, President of the Chinese electric car maker, according to Reuters.

What Happened: According to Gu, the company now uses several battery makers in addition to CATL. “We have already diversified our battery supplier arrangement. CATL is no longer our largest material supplier. We actually have worked with several high-quality battery suppliers, for example, EVE, CALB,” Gu stated according to the report.

XPeng is working with a smaller Chinese battery maker Sunwoda Electronic Co Ltd. to develop a fast-charging battery for the G9, the report said. This would enable the SUV to reach 80% charge in 15 minutes, it said.

The report quoted the China Automotive Battery Innovation Alliance which indicates CATL still remains far ahead of its competitors, commanding a market share of 47.45% in China. At the same time, CALB ranked third and Sunwoda ranked fifth, accounting for 7% and 2.5%, respectively, of the total battery supplies in the first eight months, it said.

Why It Matters: The move comes in the wake of Chinese EV-makers trying to control costs after CATL hiked prices this year. As price surges in key metals such as lithium began weighing on CATL’s profit margins, the company raised battery prices in March, according to a Reuters report. 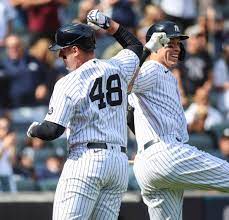 In the midst of a home run chase, Anthony Rizzo reveals the truth about Aaron Judge