Justice Oluwatoyin Taiwo of the Ikeja Special Offences Court has sentenced kidnapper, Chukwudumeme Onwuamadike, aka Evans, alongside an ex-soldier, Victor Aduba, to 21 years imprisonment for kidnapping one Sylvanus Hafia.

The judge, who handed down the verdict without an option of fine on Monday, said the sentence would run concurrently.

Following the judgment, Nigerians including Senior Advocates of Nigeria, had been reacting to the verdict preferred against the controversial kidnapper and his accomplice.

Speaking with our correspondent, Prof Sam Erugo (SAN), said the court had the discretion on what sentence to pass, adding that in the case of Evans who had multiple charges pending before different courts, for as long they pass the judgments, they would run concurrently.

Erugo added, “I think 21 years is virtually life imprisonment; people arguing that the sentence should be stiffer, even a life sentence doesn’t mean that he will be there all his life. After a certain time, they may exercise some leniency and let the person go.

“21 years is still a very stiff penalty so even after spending the 21 years in prison, the other conviction of life sentence will still hold him there until if we have a lenient governor, maybe in one of the jail releases, they can let him go. 21 years is not a small sentence, it depends on what was before the court.”

Also reacting, Olu Daramola (SAN), however, said the sentence made no difference because Evans was already serving a life sentence.

“If somebody is sentenced to death and in other counts he is exonerated that he did nothing, the fact still remains that he is facing the hangman.

“He already had the stiffer punishment you can get after death in the earlier judgment; he may still be sentenced to death because even if he is sentenced to life imprisonment in all the cases, he can only serve one, because he just has one life,” he said.

Describing the judgement as a positive development, a lawyer, Isiaku Olagunju (SAN) said the judgment would serve as deterrent to other criminals.

“I am glad that judgment has been made. However, there is no way I can criticise the judgement because I was not involved, and I have not read the judgment,” Olagunju added.

In his reaction, Ifedayo Adedipe (SAN), however, said Evans still had the right to appeal the judgment at a higher court.

He said, “More often, most people have been tried on the pages of newspapers and social media before the actual trial, thus I didn’t know the facts, but I am sure the judge would have considered all the available facts.

“In this case, he still has the right of appeal at the Court of Appeal, to the Supreme Court. Sentencing is a question of law based on the available facts. If you have 21 years in jail, I think that is okay because sometimes criminals do repent. So, if you sentenced someone to life imprisonment, how will the society get the benefits of their repentance?”

PUNCH Metro had reported that Evans and Aduba were accused of conspiring and kidnapping Sylvanus Hafia around 5.30pm on June 23, 2014, at Kara Street, Amuwo Odofin, Lagos State.

The duo, after kidnapping Hafia, allegedly demanded a ransom of $420,000 for her release.

Evans alongside Aduba were later arrested and had been facing four counts bordering on conspiracy to commit kidnapping, kidnapping and unlawful possession of firearms, which are contrary to Sections 409, 269 (3) of the Criminal Law of Lagos State, 2011, and Section 9 (1) of robbery and firearms (Special Provision Act) Law of the Federation of Nigeria, 2004.

The Lagos State Government had on December 15, 2017, arraigned Evans and Aduba on four counts for kidnapping Hafia but the duo pleaded not guilty to the charges.

During the trial, the prosecution called four witnesses including the victim who testified that the convicts received a ransom of $420,000 paid by his brother and wife to secure his release.

The victim testified that he saw Evans before he was blindfolded, adding that he was beaten up.

He testified that when he went to the police station and they brought out the first defendant two months after the incident, he identified Evans and he started begging him.

Justice Taiwo identified two issues for determination, whether the victim was kidnapped and whether the defendants did it.

She found that the victim identified the first defendant during the kidnap and even at the police station where Evans reportedly apologised to him.

The judge also established that there was no evidence of bruises on Evans during his video interview with the police.

“There was no proof of evidence before the court that Evans was tortured by Abba Kyari’s men. In the video interview, during trial within trial, Evans told one Sergent Ekundayo that he was a primary school dropout and that he could not write that the police officer should help him write his statement.

“I am satisfied that the prosecution was able to prove the case against the first defendant,” she held.

He also testified that the second defendant, Aduba, wore his army uniform and helped them pave the way whenever they went for operations so that they could freely leave the town.

The prosecution proved its case beyond reasonable doubt that the first defendant committed the offence of kidnapping; he is hereby convicted and guilty as charged.

It was established that Aduba was a member of the gang which was led by Evans and that his job was to give them safe passage while operating.

The court also considered the confessional statement of the second defendant, in which the judge narrated from.

“I am an army officer and I was introduced to armed robbery and kidnapping by one Chukwudumeme Onwuamadike, aka Evans, our gang leader; we have operated five times.

“I have participated five times and we used 4 AK47 rifles to kidnap at Amuwo Odofin. After one month, Evans gave me N1m as my own share of the money. I have made up to N6.5m, in the five times I participated.

“I find the first and second defendants guilty as charged; I hereby convict them as charged,” the judge said.

Earlier, Evans lawyer, Amobi Nzela, announced his appearance, while Aseola Folarin, who appeared for Aduba, in his allocutus begged the court to temper justice with mercy.

She said Aduba was a first time offender whose wife gave birth four months into his incarceration and had not seen the child since he was born.

“He is a father of two and a young man that has served this country while in the army,” Folarin said.

Recall that justice Hakeem Oshodi, had on February 25, 2022, convicted and sentenced Evans and two others, Uche Amadi and Okwuchukwu Nwachukwu, to life imprisonment, on two counts of kidnapping the Managing Director, Maydon Pharmaceuticals Limited, Donatus Dunu, on February 14, 2017. 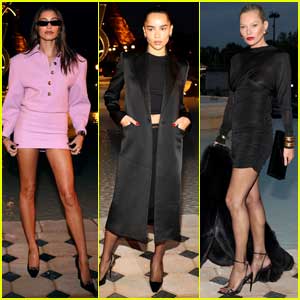 Spaceflight Linked to an Increased Risk of Cancer and Heart Disease