Why did Freema Agyeman leave New Amsterdam before premiere? #Freema #Agyeman #leave #Amsterdam #premiere Welcome to Americanah Blog, here is the new story we have for you today:

Why did Freema Agyeman leave New Amsterdam leading into the season 5 premiere? We know that there are STILL questions about that.

We know that anytime that a major cast member leaves a show, there’s always a lot of questions — even though there doesn’t seem to be some overarching controversy here. The New Amsterdam team knew on some level about Agyeman’s exit as Dr. Helen Sharpe before the end of season 5, even if they may have hoped she’d change her mind.

So why depart leading into the final season? We know that the actress has already booked a new role in the six-episode series Dreamland, and this is allowing her to remain in her home country of the United Kingdom. Her exit could in part be about being closer to home for a longer stretch of time. Remember that over the past few years in particular, the entire New Amsterdam cast and crew dealt with filming amidst the global health crisis. We’re sure that was difficult on all of them, especially when you factor in a travel component. We’ve seen a lot of cast members depart their shows as a result of that.

The important thing that we can tell you all at the moment is this: Just because Freema is no longer a main cast member, that doesn’t mean that she won’t be a part of the show moving forward. We do think there’s a chance that we’re going to be able to see more of her, even if that just means hearing her voice. Helen loved Max, and we’ve never doubted that for a second. The ending to season 4 may frustrate a lot of people (ourselves included), but that doesn’t mean that there will be no chance to get resolution on this story down the road.

Are you going to miss Freema Agyeman following her time on New Amsterdam season 5?

Be sure to share right now in the attached comments! Once you do just that, come back for other updates you don’t want to miss. (Photo: NBC.) 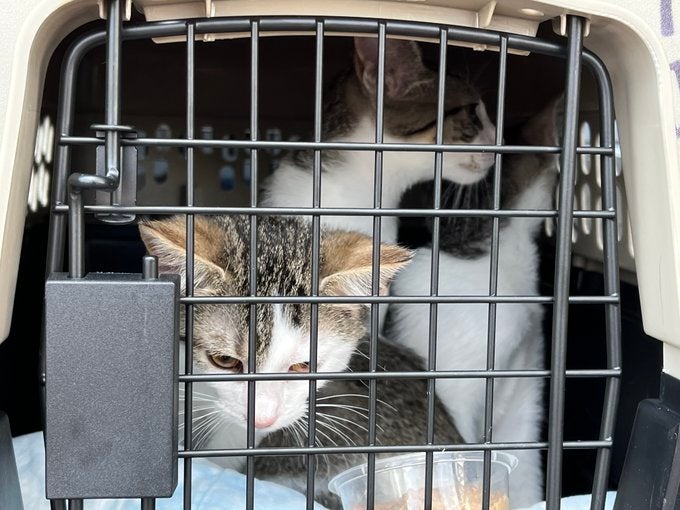 Dozens of cats flown to Worcester in wake of Hurricane Ian